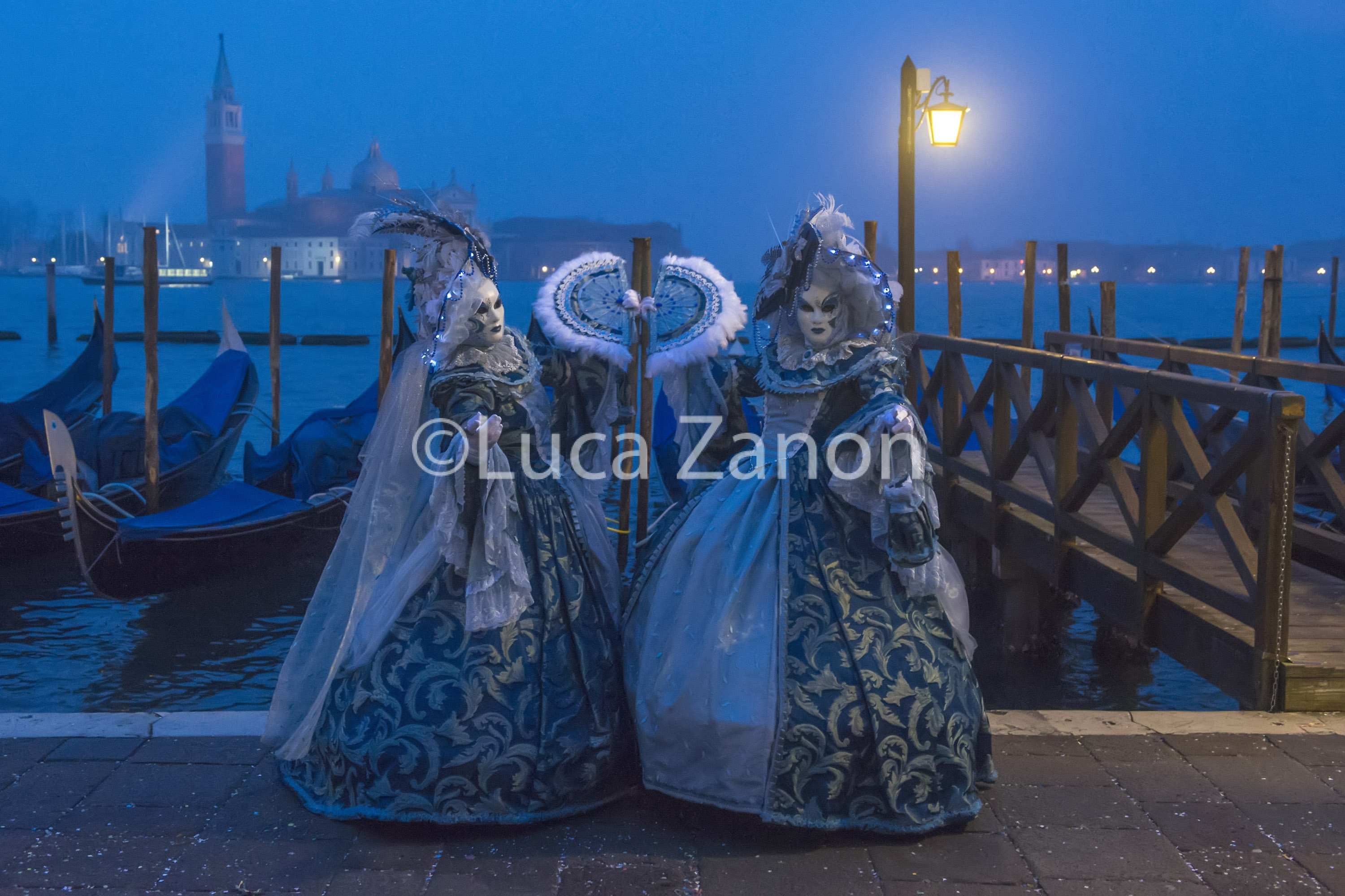 Posted at 10:04h in Uncategorized by Luca Zanon
0 Likes
Share
History
Venetian masks are a centuries-old tradition of Venice, Italy. The masks are typically worn during the Carnival (Carnival of Venice), but have been used on many other occasions in the past, usually as a device for hiding the wearer’s identity and social status. The mask would permit the wearer to act more freely in cases where he or she wanted to interact with other members of the society outside the bounds of identity and everyday convention. It was useful for a variety of purposes, some of them illicit or criminal, others just personal, such as romantic encounters.
Masks that are traditionally used during Venetian Carnival can be divided in to two groups: Commedia dell’ Arte masks and Carnival masks.
Commedia dell’ Arte was a type of improvisational theatre that was popular form 16th to 18th century but is played even today. Traveling artists and actors would set up a stage and perform juggling acts as well as improvisational plays with rough skeleton of a scenario into which was easy to insert topical themes, which made them very popular. Some Venetian carnival masks are taken from these plays and they carry the names of the characters that wore them. “Arlecchino” is a half-mask with a short, wide nose, arching eyebrows and a bump or a boil on a forehead. “Brighella” is a half-mask too, often painted green with a pointed nose and somber eyes. “Capitan Scaramouche” – also a half-mask that only covers the eyes, white, with a very long nose. “Colombina” half-mask decorated with feathers, silver, and gold. It covers eyes and cheeks. Pierrot is a full mask, white, with vertical lines bellow and above the eyes and a teardrop. 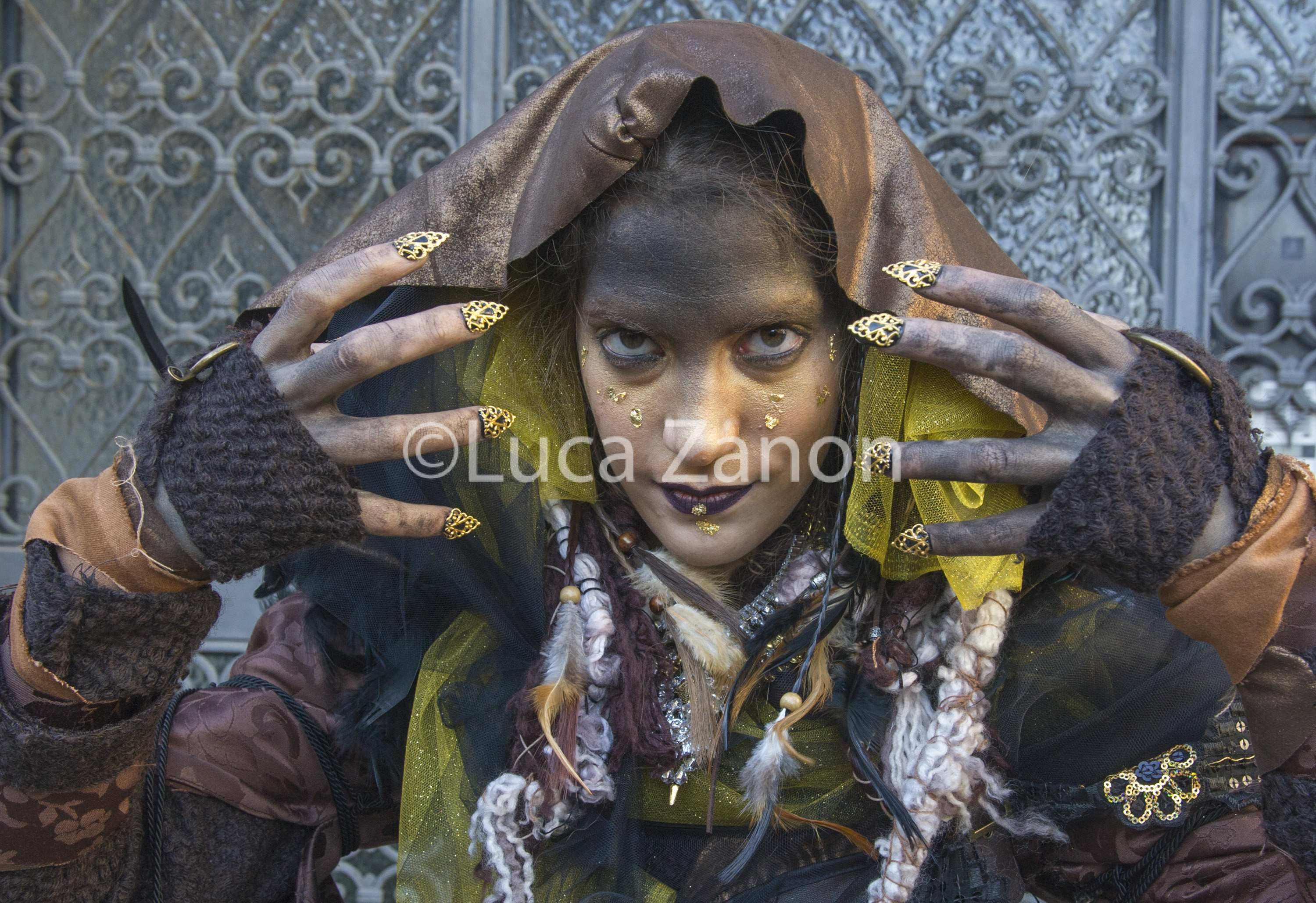 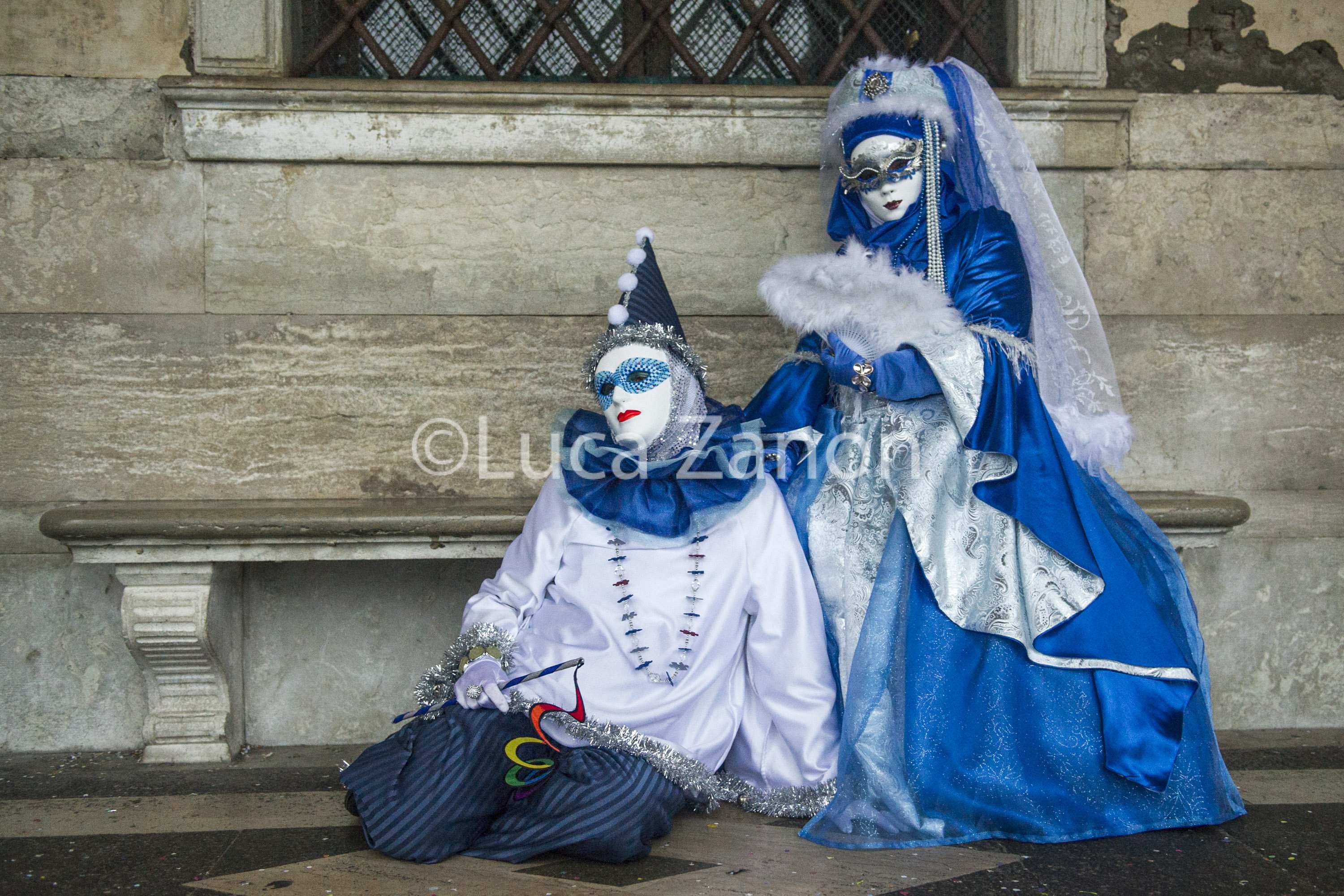 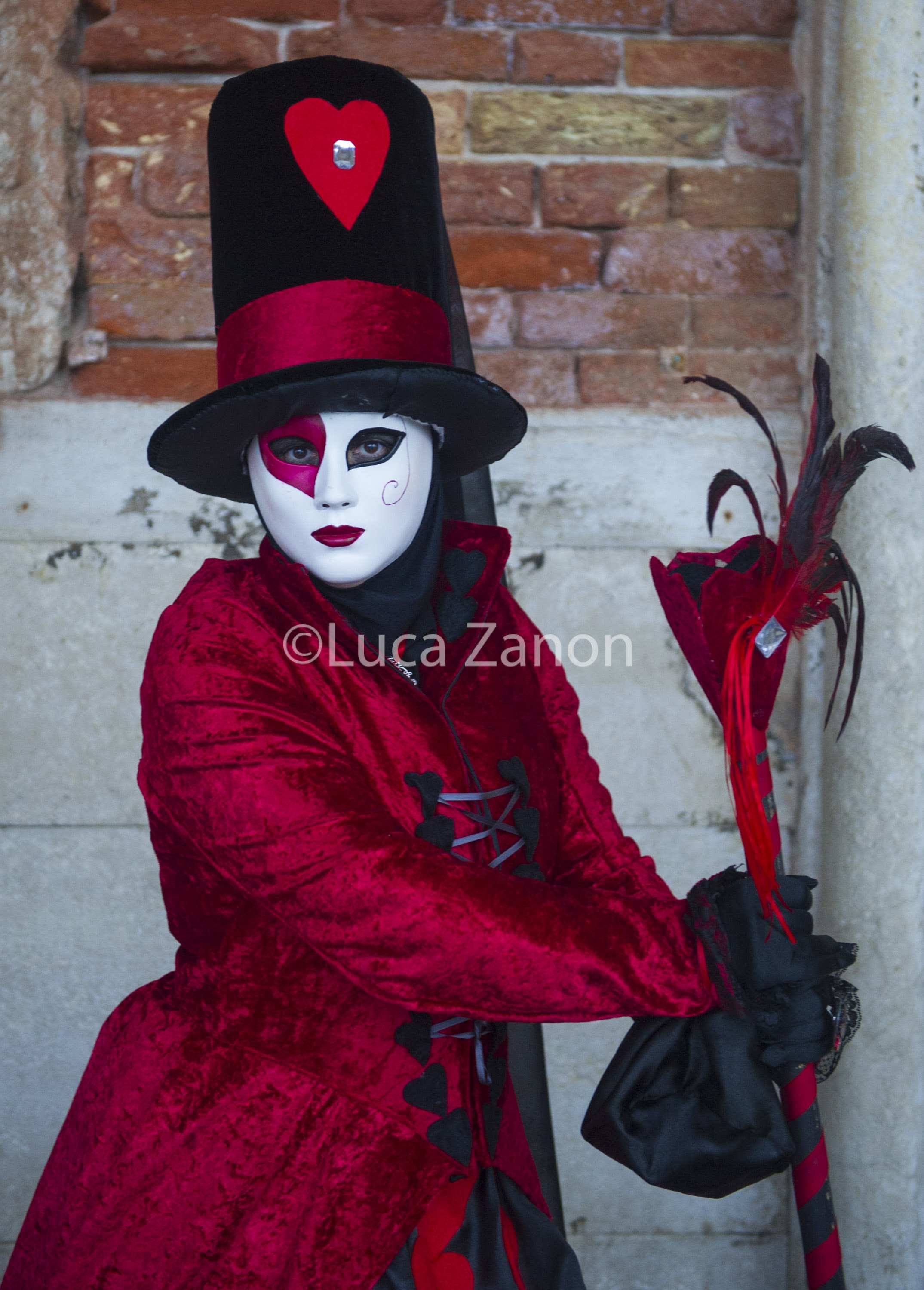 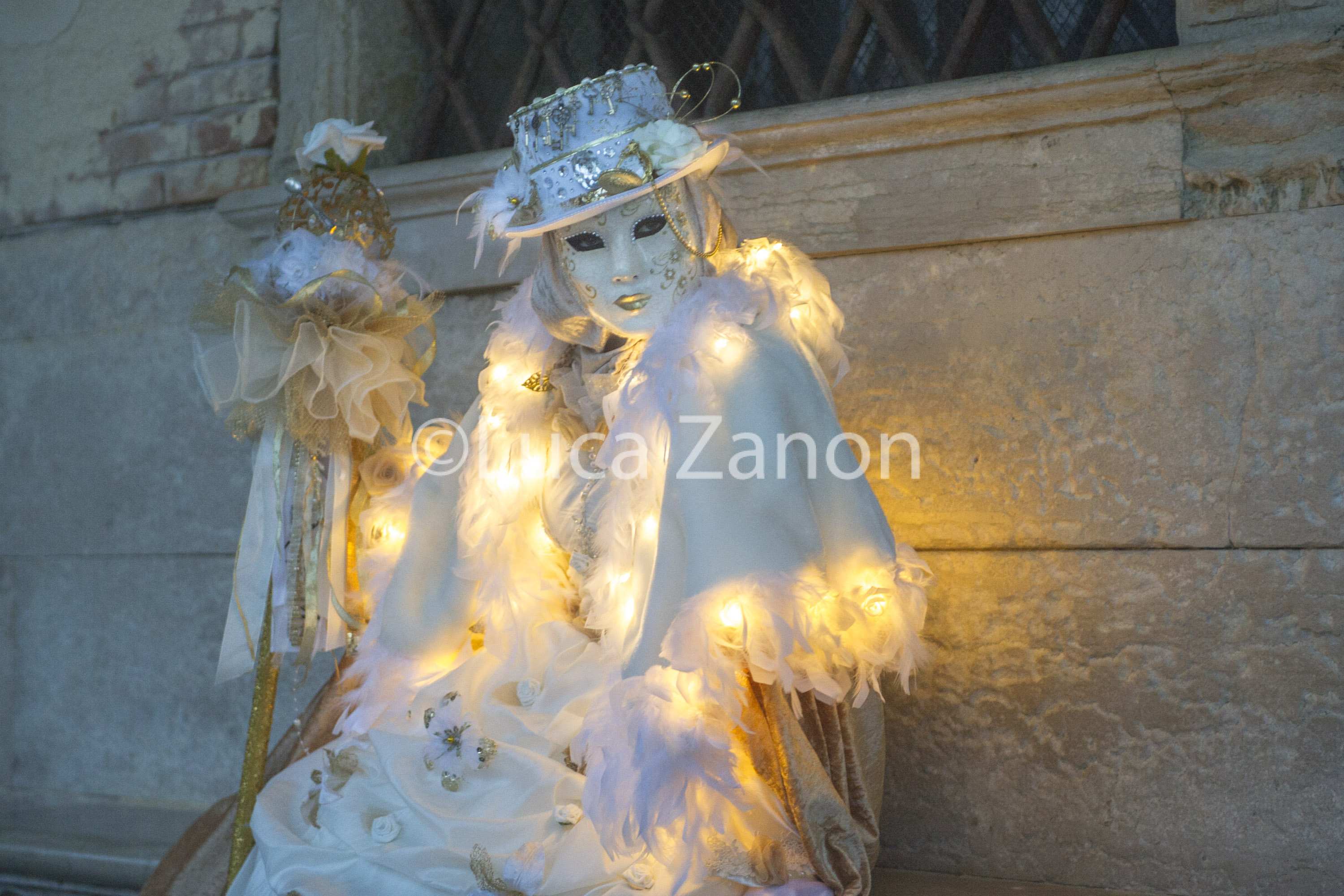 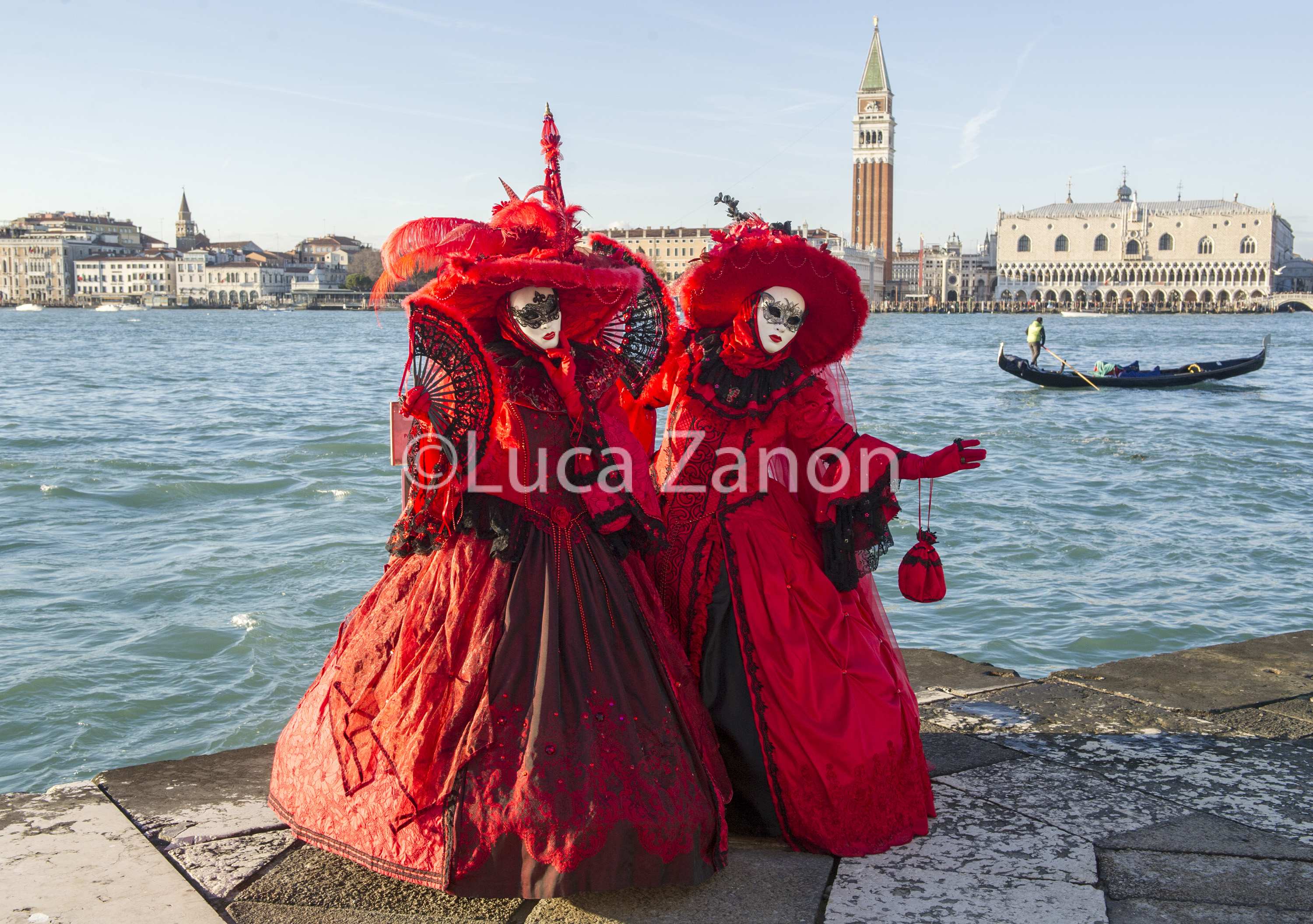 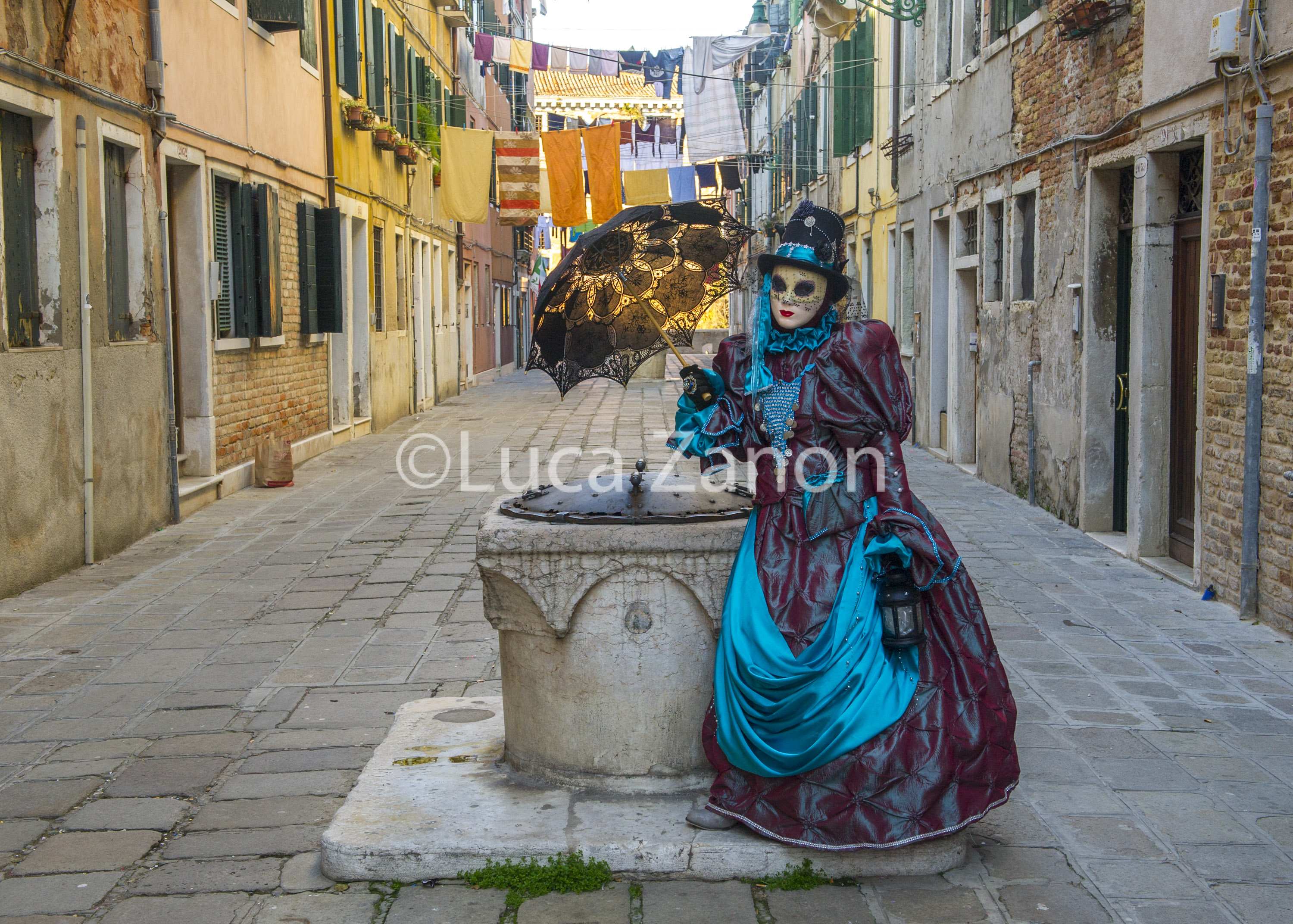 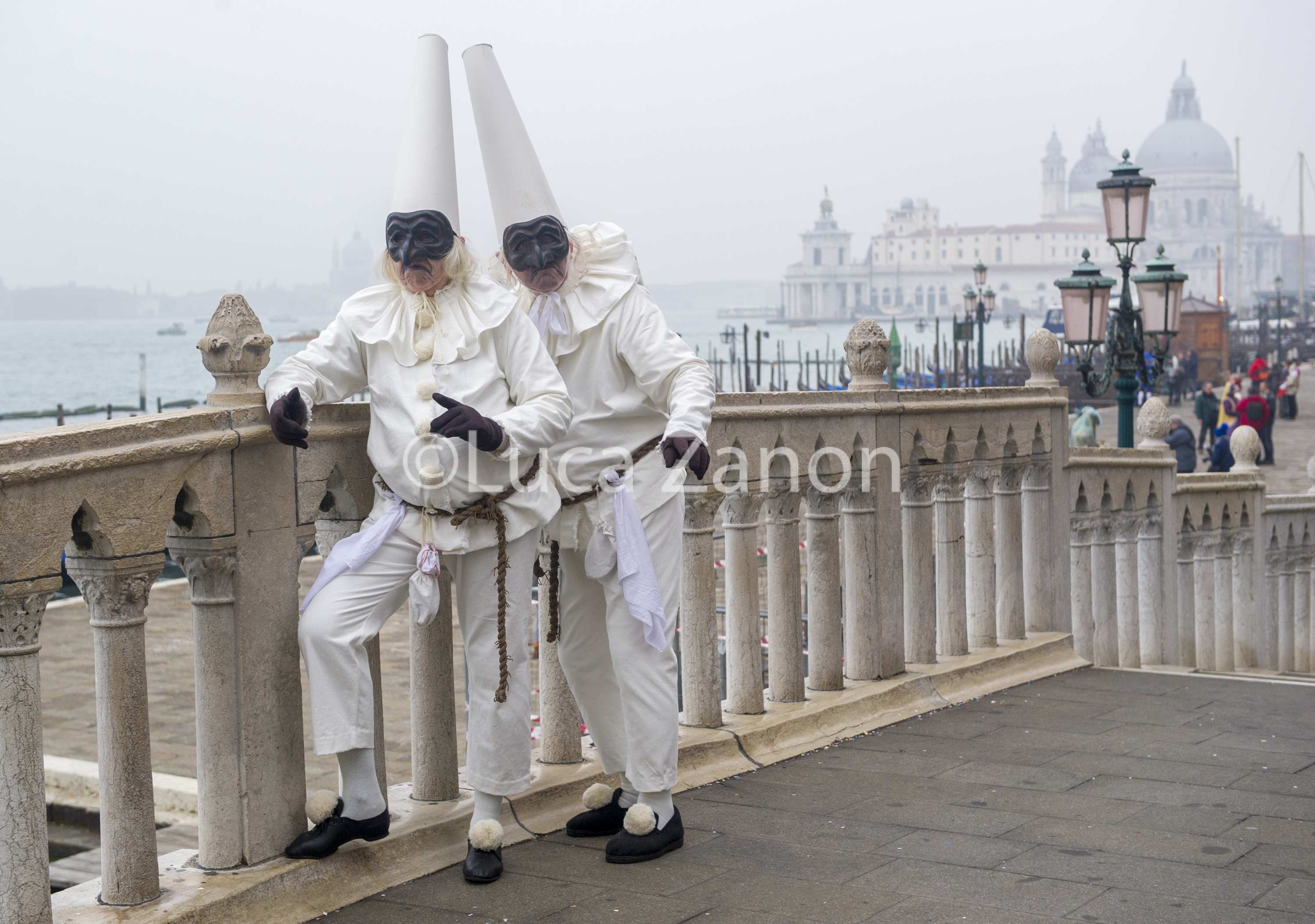 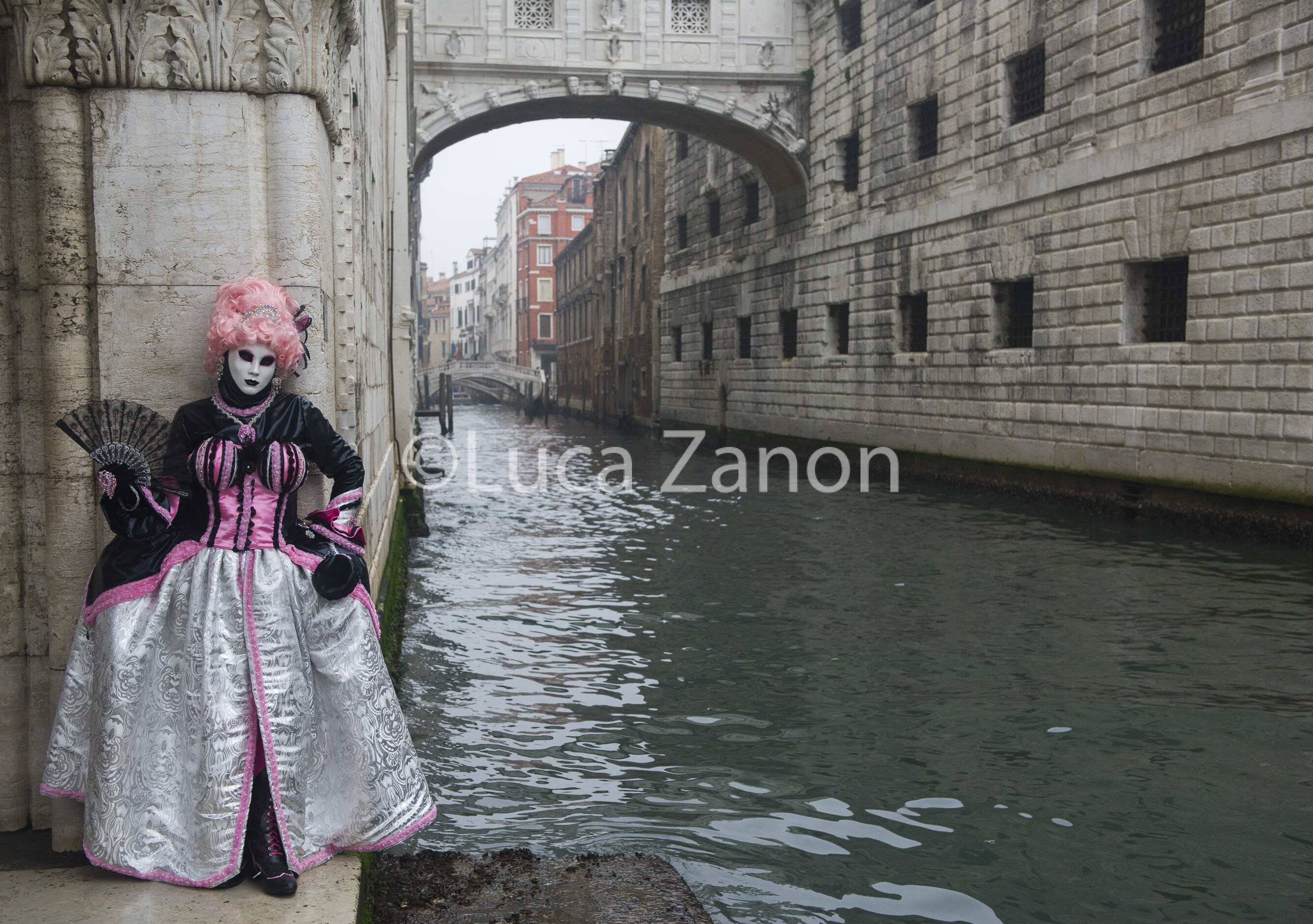